Only by coming together and supporting each other will we rid ourselves of this utter cruelty contempt and stupidity.
It is the caring and the empathy which will win out!
x

67 job applications in a fortnight and sanctioned

Here is a sentence which I think proves the current approach of the sanction-happy DWP is deeply flawed and should be abandoned forthwith. In my opinion 17 words which is deeply damning. 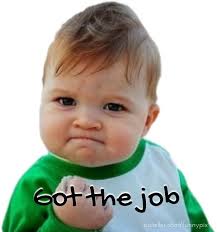 So apparently I was sanctioned for having an insufficiently wide job search, despite applying for two entry level positions at a supermarket because I was ordered to by jackboot DWP bullies. Their intransigence and lack of humanity beggars belief.

I am still waiting to hear from the independent adjudicator looking into the reasons for the sanction, and have heard nothing from my official complaint to the DWP demanding two Brighton Jobcentre staff are sacked for discrimination.