Give the public a say before selling off the NHS, demands Burnham

Cameron does not have the right to sell off the NHS. If he does then we say we did not agree and as the people declare the contracts null and void.
Sorted.
x 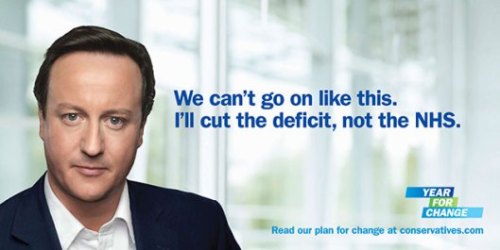 Scheming, lice-ridden vermin: All the airbrushing in the world could not erase the brutal, calculating dishonesty of the Conservative 2010 election poster.

This guy has been impressive from the get-go: Today (Tuesday) Andy Burnham will call on the Coalition to put its plans for further NHS privatisation on hold until there is clear evidence that the public wants the health service to be sold off.

The speech in Manchester is being timed to take place before the Conservative-led government signs a series of new NHS contracts that will – underhandedly – tie the hands of a future government.

The British public has never given its consent for far-reaching and forced privatisation of services – and that’s what Mr Burnham will be saying.

He will point out that the forced privatisation of the NHS is entering new territory and becoming harder to reverse: Contracts are being…