Good post. Good points and yes- it is important we get real answers so it means plugging away at every opportunity and not let it slide under the carpet. 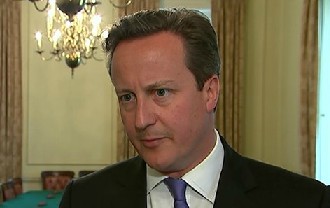 The conviction of former Downing Street press supremo Andy Coulson on charges of conspiracy to hack telephones should have serious consequences for David Cameron, the Prime Minister who brought him into the heart of the UK government after he committed these crimes.

Cameron has said he takes “full responsibility” for employing Coulson. He may regret those words in the future.

Interviewed by the BBC, he said: “I did so on the basis of undertakings I was given by him about phone hacking and those turn out not to be the case.” What undertakings? That he hadn’t taken part in any hacking or that he was very good at it and wouldn’t get caught?